Skip to content
Home
Coffee Roasters
The Best Milwaukee Coffee Roasters (Get To Know Your Local Coffee Scene)
This website contains affiliate links. As an Amazon Associate I earn from qualifying purchases.
ShareTweetPinLinkedIn

When we think of Milwaukee, coffee isn’t usually the first thing that comes to mind. Most people will identify their tavern culture, especially beer. Others may pinpoint how it’s home to one of the biggest German immigration settlements or one the world’s largest music festival, Summerfest.

But did you know Milwaukee has quite the coffee culture? The following list contains the only eight coffee roasters sprawling the urban encampment known as Milwaukee. It’s amazing they don’t make some of the world’s best coffee destinations. Some of these places offer beans you cannot find anywhere else, not even in NYC.

Since 1993, Stone Creek Coffee prides itself on their farm-to-table methods. Not only do they roast their own beans but they also have their own coffee shops throughout southeastern Wisconsin.

They offer a wide range of beans, with many in the light roast category. However, they have a few wonderful selections in medium, dark and decaf roasts as well. They take great care in the selection of green beans along with their roasting processes.

One of particular note is the Black Sheep. This is a dark roast blended coffee procured from Brazil, Columbia and Costa Rica. The resulting brew gleans a crisp and bright cup with flavors of nutty caramelized dark chocolate.

Valentine Coffee Roasters ensure they select the right beans while enjoying the amazing process behind creating a variety of roasting styles. They’re honestly one of the best kept secrets in the coffee roasting world of little ‘ol Milwaukee.

You can buy any of their handcrafted roasts online or at any one of their three locations: Oak Creek, Vliet Street or the Third Ward. They have a fabulous selection too, so it’s difficult to say which one is most notable.

However, they have a great Cold Brew blend from South and Central America that provides a clean and rich brew with the lowest acidity. It tastes and smells like milk chocolate and vanilla with hints of compote and almond.

The coffee by Anodyne has been a Milwaukee staple since 1999. They’re a small-batch roaster but they have a wide variety of coffees, ranging from single origin and organic blends to espresso and decaf. They also have a host of limited releases that you will miss if you don’t stay on top of their offerings.

One of their best, however, is the Rwanda Karambi. This is a 100% Arabica varietal of Bourbon that leans toward the medium side of a light-medium roast. It tastes like spicy lemon candy with an undeniable dark chocolate flavor.

A post shared by Cedarburg Roastery • AM Coffee (@cedarburgroastery)

Just outside Milwaukee is the Cedarburg Coffee Roastery. Since 1999, they’ve produced their own wonderful roasts. Although not a big name, they really should have more of a presence.

But, their Italian Roast is something to write home about. It’s a dark roast and much different than the average French roast. It’s strong, tangy and bittersweet that has hints of spiciness and fruit.

Started in 1996 out of a small establishment in Thiensville, Fiddleheads has taken southeastern Wisconsin by storm. With seven cafés and one roasting location, they’ve become a solid fixture.

There are plentitudes of coffees from places like Brazil, Mexico, Columbia and Guatemala. They also have some from Ethiopia and Papua New Guinea. But one of their more beautiful coffees is Fiddleheads’ light roast from Costa Rica called “La Rosa.”

It’s 100% Arabica comprising several varietals such as Caturra, Catuai, Obatao and Sarchimor. These provide a full-bodied and balanced cup with a taste of honey, caramel and tangerine. It’s very clean with a lingering sweetness.

One of the new kids in the Milwaukee coffee roasting scene is Hawthorne Coffee Roasters. They’re family owned and operated with one location on south Howell Avenue. They don’t have a huge selection, but what they do have is quite impressive.

They have a pre-made cold brew you can take home. But they also have three types of beans they roast themselves: Ethiopian Shakiso, Guatemala Queztal and Revival Espresso. Each coffee is worth trying.

Named after the symbol used to start a new paragraph, the pilcrow (¶), they have a tasting room right on Walnut Street near the lower east side of downtown Milwaukee.

Pilcrow Coffee burgeon with a rare species of person: dedicated baristas. Truly, for an artisan experience, you have to try one of their homemade blended drinks.

However, they have a quaint but qualified selection of beans. Although small, you’ll spend hours trying to decide which one you want. Pilcrow offers Ethiopian Yirgacheffe, Costa Rican Perla Negra and Guatemala San Antonio La Paz, among others.

However, they have Kenya AA!!!! This is one of the best and most sought after coffees in the world. Any aficionado would be remiss not to have tried this at least once in their lifetime.

Since 1993, Colectivo has hand-selected and roasted their own beans. For nearly three decades, they’ve satisfied the caffeine cravings of local Milwaukeeans without fail. They have locations that span the whole of southeastern Wisconsin.

Plus, Colectivo offers a huge array of beans from many of the world’s most exotic places along the expanse of the coffee belt. But, what makes them a little different are the plentitudes of blends they produce along with a massive selection of decaf.

Milwaukee’s coffee roasters should have a bigger presence on the national coffee scene, at the very least. As you can see, they have a great many coffees from all over the world that are difficult to find anywhere else. 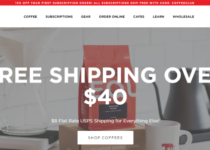