Before Starbucks invented the Frappuccino, the frappé dominated the cold coffee industry. The delicious drink was a major part of Starbucks’ invention of the Frappuccino. Now, thanks to them, millions of people drink their coffee in a blended form every day.

Frappuccinos and frappes taste very similar in consistency and their ingredients. Both can have coffee or cremé. So, if you don’t want caffeine in your Frappuccino, then you do not need to worry. There are many selections to choose from that can satisfy your taste buds. In the end, the main difference between the two is where the special drink is available.

The remainder of this article will discuss the differences and similarities between traditional frappés and Starbucks frappuccinos.

What is a Frappé?

Frappés are blended coffee beverages served cold with a whipped topping. Many coffee shops sell these decadent drinks worldwide, including thousands of Starbucks coffee shop competitors. The frappé was around several decades before Starbucks coined its signature beverage, the Frappuccino.

Frappés have a similar texture to milkshakes. They are more blended than a frappuccino, with significantly fewer ice chunks than what you might find in a frappuccino. That means you won’t have to chew as much while drinking your coffee.

Are Frappés and Coffees The Same?

Frappés are blended beverages made with ice, blended ice cream, and flavored ingredients like caramel sauce, coffee, and more. Technically, they are not the same as regular coffee because they are served hot and contain ice cream.

Frappés may contain coffee like mocha, a bold taste that many coffee enthusiasts love to indulge in occasionally. However, not every frappé contains coffee or caffeine.

Most cremé frappes and frappuccinos do not contain coffee since they consist of other ingredients instead of espresso. Aside from ice, the base of frappés is cream, creating a milky taste. They may also contain a tea or fruity juice base.

What are Frappés at Starbucks?

Starbucks does not make a drink called a frappé. Instead, they make Starbucks Frappuccinos, specialty drinks trademarked by the brand.

The more people learn about Frappuccinos as a Starbucks original drink, the more they will support the corporation that considers their employee’s input.

A frappuccino is a Starbucks original drink similar to a traditional frappé. It was invented twenty years after the invention of the frappe by a former employee named George Howell, who combined two coffee-preparation techniques, the cappuccino and the frappe.

Combining these two techniques ultimately resulted in the Frappuccino becoming one of the most popular Starbucks drinks globally.

After several decades, the blended drink became a trademark of Starbucks. The coffee shop giant has two main Frappuccino categories: coffee and cremé.

These two categories have several dozen recipes each. Whether they contain coffee or not depends on the ingredients in the Frappuccino. You can typically identify this based on the name of the Frappuccino.

How is Frappuccino Prepared?

Some of the most common ingredients in frappuccinos include:

The ice of Starbucks Frappuccinos is not blended fully, making a slightly crunching drink that is similar to a smoothie. You can expect intense flavors, toppings, syrups, and crunchy ice in your Frappuccino. These are most likely to be crunchy since the ingredients are minimal.

Most Starbucks frappuccinos have syrup in them. The syrup in can be decorative in addition to flavoring the drink. In contrast, some Frappuccinos are plain without any toppings or syrups. Sometimes, you are more likely to taste the crunchy ice and texture if there are no toppings in your it.

Which is Better, Frappé or Frappuccino?

Frappés and frappuccinos are very similar. The texture can be identical, and so can the taste depending on where you go. So the best between frappé and Frappuccino can be preferential.

Whipped cream at Starbucks has a sharp taste that some people find unenjoyable. Other people might find it too tangy for their taste buds.

If whipped cream isn’t your thing, take note of the texture. You will notice each place you go, the texture of your drink can be different. The textures are different mainly because of the coffee shops’ different ice. The ice used typically means the texture varies, but if they are blended similarly, then the result can be the same.

To learn which drink you like best, visit a few coffee shops to try some frappés and then try a Starbucks Frappuccino. Compare the flavor, texture, appearance, value, and anything else that comes to your mind.

The blended ice coffee drink you order might be different depending on where you are. A blended ice beverage is called a frappe in most coffee shops worldwide. However, at Starbucks, the traditional blended beverage is trademarked as a Frappuccino. This drink is very similar to the frappe, including the ingredients, appearance, and available flavors.

You can decide whether you enjoy a frappuccino or a frappe better by visiting a few coffee shops to gain an acquired taste of what you should expect from a frappe and cappuccino. Then, try a frappuccino and compare frappes with frappuccinos. The deciding factor will be your preference. Everything depends on your taste. 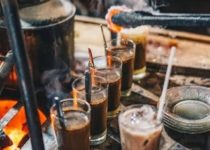 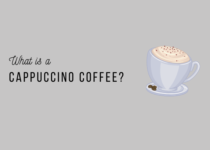 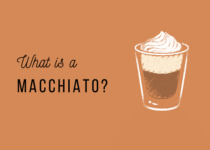