Skip to content
Home
Coffee Basics
What Are Kona Coffee Beans? (A Guide to Price, Flavour, Region)
This website contains affiliate links. As an Amazon Associate I earn from qualifying purchases.
ShareTweetPinLinkedIn

In this article, we’ll share the ultimate guide to Kona coffee, focusing on what makes it so special, where it can be found, and what makes it such an expensive commodity.

What is so Special about Kona Coffee?

Kona Coffee is one of the most desired coffees in the world. And there are a few reasons why it’s so special when compared with other types of coffee.

While Kona coffee is made up of vigorously tasting specialty coffee beans, it is also unique in its location and taste. Both of which make it an exceptional, distinctive variety of coffee.

Part of what makes Kona coffee different is its location. As we will discuss later, Kona coffee is grown on a small area in Hawaii, which can be difficult to come by. It is grown in the shadows of two volcanoes on the island, which provide the nutrients and materials it needs to thrive.

Having that said, the unique nature of this region, such the rich volcanic soil, is what makes those amazing beans that adds to the depth of the coffee flavour. Not to mention the unexplained scientific reasons which maintain the Kona coffee plants free of disease.

While coffee grown anywhere else in Hawaii is said to be Hawaiian Coffee, Kona Coffee is a little different. For a coffee to be legitimately called Kona Coffee, it should be the only crop that is cultivated in the North and South districts of Kona. This is where the the beans get their name.

Kona Coffee is also special because it is processed with the utmost care and attention through each stage from handpicking, to roasting, and to packaging. This results in a coffee that has delicate taste, with a rich flavor and aroma.

Kona coffee also has a very individual, unique taste that adds to its status as a specialty coffee. Genuine Kona coffee has a very distinctive, flavourful taste that is hard to come by in other coffee varieties. We will go into more detail about what makes Kona coffee taste so great further on.

What Type of Bean is Kona Coffee?

Kona coffee is a variety of the Arabica coffee bean. The Arabica bean comes from the Coffea arabica plant and is the most popular, widely available coffee in the world. Arabica coffee is typically very flavourful, with many nuanced, individual flavours.

The main difference between Kona and other types of Arabica bean is the location in which it is grown. The Hawaiian location Kona coffee is grown in helps to bring out the flavours of the Arabica bean, as well as adding the distinctive Kona tastes.

Kona coffee has a very distinctive taste, which is part of the reason that it is so widely admired and enjoyed. It is typically described as sweet and bright, with unique undertones. It balances the sweetness of such flavours as sugar, fruit, and chocolate with the acidity of citrus and nutty flavours.

The roast of Kona coffee also affects the way it tastes, and the way its flavours are experienced. Kona coffee is a roasted variety of coffee, meaning the sweet flavours are generally noticed first, before moving on to a slightly more full-bodied notes of spices and typical coffee flavours.

Coffee types containing smaller amounts of the Kona variety are available with a number of different flavour options; however, bear in mind that the typical Kona coffee taste is likely to be a lot lower in these varieties.

The Kona coffee belt refers to a strip of land that lies along the Mauna Loa and Hualalai volcanoes in Hawaii. It is around 30 miles of small coffee farms and has ideal conditions for specific coffee varieties, including the Kona variety.

While Hawaii isn’t even in the top coffee producing countries, the Kona belt receives a lot of sun and a lot of rain, perfect for growing coffee year-round. Whilst the cover of the volcanoes provides enough shade to prevent too much of either getting through. It also has the altitude required for Kona coffee to grow; the altitude is very important, as it affects everything down to the taste of the coffee.

Is Kona Coffee Only Grown in Hawaii?

Genuine Kona coffee is only found in Hawaii, particularly in the region of Kona0, from which the beans get their name. The fact that it grows in only one place is part of what makes it so rare, as we will discuss further on.

Kona coffee is found in around six square miles of area on the Kona coffee belt, taking up only a fraction of the belt.

It hasn’t always been this way, though; Kona coffee may be a point of pride for Hawaii, but it isn’t native to the area. It is thought to have been imported from South America to Hawaii in the early 19th century.

The ideal conditions of Kona made it the perfect place to grow coffee trees, and by the end of the century, coffee production was thriving.

How Much does Kona Coffee Cost?

Pure Kona coffee can be very expensive compared with other coffee types. Single origin coffees like Ethiopian Yirgacheffe or Tanzanian Peaberry can cost around $15-$20 USD. But for genuine Kona coffee, you should expect to spend anywhere from $45 to over $100 per pound, around twice or thrice the amount of even the highest priced regular coffee.

There are some exceptions to this price, and some cases where prices may differ. Organic Kona coffee, for instance, is even more highly priced, typically costing more than $60 per pound. There are also higher Kona Coffee Grade that cost premium price.

It is also possible to find cheaper coffee containing Kona coffee, but these are likely to have only a small amount of Kona. I’m talking about higher-quality blends that contain a mix of 90% of Arabica beans and 10% Kona Coffee. This lowers the cost but may still be expensive than other regular coffee.

Why is Kona Coffee so Expensive?

There are a lot of factors that make Kona Coffee so expensive. But let’s delve into the two reasons why Kona cost that much.

First, its high price is partly down to the fact that it is so rare. Grown in very limited locations in a tiny region, the quantity of Kona beans available every year is also limited.

Kona coffee makes up around 1% of the total coffee in the world. And its popularity means demand often outweighs supply, meaning a higher price is necessary.

Secondly, the price is reflective of the costs involved in growth and production, including the shipping, and labor. Not to mention the location which has a direct impact on the price.

Kona coffee is picked by hand, meaning a greater level of physical work is necessary than for coffee picked by machine. The higher price of Kona coffee reflects the higher wages needed for workers, meaning they are able to earn a fair, sustainable income.

For other single origin coffees, such as Kenyan coffee or Costa Rican coffee, which can be produced in much larger quantities, the corresponding costs for labor and shipping are also much cheaper. It’s because these coffees are sourced from different farms in Latin America, South Africa, and Asia.

Being one of the most priced coffees in the world, buying authentic Kona coffee seems rigorous nowadays. Most Kona coffees I see in today’s specialty coffee markets aren’t 100% pure but are actually Kona blends.

Well, real Kona beans are very expensive. And chances are, you can only find as little as 1-10% pure Kona coffee beans on those blends.

One of the best ways to ensure you’re getting 100% Authentic Kona Coffee is to buy it from reputable suppliers with direct connections to actual Hawaiian Kona coffee farms. Also, the State of Hawaii certifies those brands and suppliers, so be sure to check them out.

Since 1997, Koa Coffee pride itself on their pure Kona and Hawaiian coffee. Not only do they hand-pick and expertly roast their Kona beans but they also strive to provide their loyal customers with the best quality and freshness.

With their award-winning 100% Kona Coffee that are grown on the slopes of the Mauna Loa Volcano to the unique Mokka beans of Maui, you can absolutely have the finest Kona Coffee experience.

Another thing to look out for is the full disclosure of origin as per State and Federal labeling laws. However, this is often ignored by some retailers.

Kona Coffees from Volcanica are all Certified by the State of Hawaii Department of Agriculture. You can get their Hawaiian Kona Extra Fancy Coffee. It’s 100% pure Kona without any added blends and is sourced directly from farms located in the Kona region of Hawaii.

Kona coffee is a popular, rare variety of coffee with a high price tag and lots of taste. Its scarcity and unique flavour make it a coveted variety around the world, admired for its taste and its iconic status.

Like this article? You might want to read: What Really Is A Coffee Bean? (Is it Considered a Seed?) 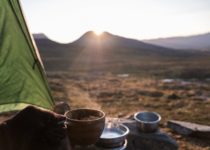